This is always one of my favorite categories as I get to see the types of characters I was drawn to over the past year. There are usually trends that can be picked out (and that’s certainly still true this year) and it’s a good look back at the arcs that shows were able to pull off particularly well.

Who were your favorite characters this year?

1. Emily Foster (Chicago Fire) Chicago Fire has successfully added a lot of new characters in the past year and a half but none have reinvigorated the show quite as much as Emily. With her arrival, we’re seeing a shift toward celebrating the women on the show and the camaraderie that they’ve made in their very male-dominated profession. We’re seeing what three talented women who support each other and champion each other are capable of tackling together and it’s been wonderful. While that’s a choice the writing team has made, it’s one Emily would be proud to take partial credit for if she were real. She is all about ensuring the ladies in her life are taken care of in the manner that they deserve to be and she wouldn’t hesitate to stand up for them personally or professionally. It was Emily that told Kelly that he needed to step up and be better if he thought he wanted to try to fix his relationship with Stella (or leave her alone if he couldn’t or wouldn’t do that) without prioritizing his feelings or her tone and Emily that recognized Sylvie wasn’t happy and needed to come home and led the charge to bring her back. Her girls are everything to her and we could all use someone in our life who fights for us as much as she does.

2. Stevie Budd (Schitt’s Creek) It was a really great year to love Stevie. She took changes on herself and let herself be vulnerable, first with Emir and then with Cabaret, and while her romantic relationship didn’t work out the way she might have liked, she was an amazing Sally Bowles and her performance of “Maybe This Time” was nothing short of remarkable. Even more than that, Stevie was so loved. She’s a part of the Rose family now and every single one of them got to had moments where they supported and believed in her in a way that she’s never really had before. Her friendship with David continues to be a highlight of the show and I love that it was her blessing Patrick wanted before the proposal. She may feel like she’s behind or that everyone is moving on in life while she’s standing still but she has come so far and I cannot wait to see what the final season has in store for her.

3. Charley Bordelon (Queen Sugar) I cannot believe it’s taken me this long to write about my undying love for Charley. She has been my favorite from the very beginning, even when she is making the worst choices and allowing the privilege she enjoyed from her marriage to Davis blind her from the harm she was doing. She is ruthless and willing to fight for everything she feels she deserves and has always been fascinating and complex. As the seasons have gone by, she’s become a part of the community of St. Jo and fought for its Black farmers with as much ferocity and certainty as she’s fought for herself in the past. This season, she ran for city council to push back at the Landry’s influence on the parish and won, despite accusations that she set her mill on fire and the revelation of past scandals and it was truly glorious to watch. She may not have won the long game yet but she’s undeniably a force to be reckoned with and I will continue to love watching her take people down.

4. Emma Hernandez (Vida) Emma coped with being kicked out of her house as a teenager for being queer by hardening herself so nothing could ever hurt her again. You don’t get second changes in her world and are frankly lucky if you get a first chance. People are there for a purpose and get dismissed when the purpose is completed or they fail to live up to her need for controlled perfection. And that goes doubly for herself. She’s the one with a plan who is going to go in and fix everything and to hell with anyone who gets in the way of that. But when that illusion shatters, when people and life don’t respond as they should, she breaks hard. But by the end of the season, we see her start to let her guard down. She lets Nico in, she apologizes to Baco for treating him terribly, and she gives Lyn some long overdue recognition. She still has things to fix and her own trauma and learned responses to contend with but she’s trying. I want to see what an Emma who is able to accept the vulnerability that comes with relationships and intimacy looks like and until then, will love her just as she is. She’s trying so hard all the time and I love her for it, even when she goes about things in exactly the wrong way.

END_OF_DOCUMENT_TOKEN_TO_BE_REPLACED 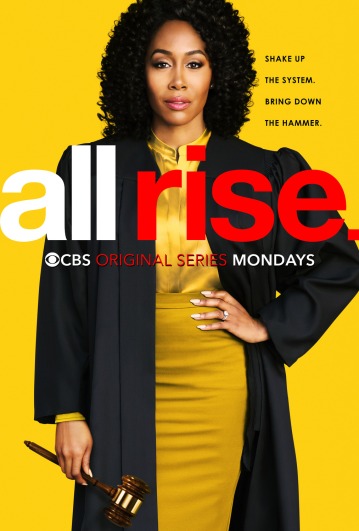 Episodes: 6 (at time of writing)

It’s been a long time since I started and stuck with a CBS drama but this one immediately captured me and became my favorite new show of the fall season. Probably my favorite fall show of the past few seasons, if I’m honest. It feels more like an ABC drama in some vague, undefined way with its emphasis on character development and their relationships with each other and less focus on the case itself and that’s absolutely for the better. The cases are designed to tell you something new about these characters and what they stand for, while being interesting in their own right. The choice to center the show around a judge and not a lawyer provides more flexibility in what they’re able to cover and means justice doesn’t have to look like a guilty/not-guilty verdict. But mostly, it’s all about the characters. I love that the majority of the show revolves around people of color and that there are so many women who not only respect each other professionally but champion each other in their personal lives. I love everything this show has done so far and I need it to continue for many more seasons, so if anything I’ve just said sounds appealing, please go watch this show!

Book Title: All Out: The No-Longer-Secret Stories of Queer Teens Throughout the Ages

This anthology is packed full of incredible stories by many popular YA authors. I love the idea of a book designed to show that queer people have always existed even if our terminology has changed throughout time, especially one aimed at teenagers. It does skew very American and European and seeing something that takes place in 1999 in a historical fiction collection makes me feel ancient. However, as a whole, it’s a very strong collection and I really enjoyed the majority of these stories. Some particular highlights for me were “Roja” by Anna-Marie McLemore, which is exactly as beautiful and lyrically written as everything else she writes and starts the anthology on an extremely high note. “Burnt Umber” by Mackenzi Lee was very cute with a similar style to “Gentleman’s Guide to Vice & Virtue”, “Every Shade of Red” by Elliot Wake was a new take on Robin Hood that I adored, and “Three Witches” by Tessa Gratton was beautifully emotionally evocative. It was a great blend of known and unknown authors to me and one of the stronger anthologies I’ve encountered recently.